In The Game, Italian writer and thinker Alessandro Baricco describes how our societies are changing though digitisation. All succesful products and institutions, he concludes, are now set up like a game of “Space Invaders” of the late 1970s, at the start of the digital revolution, or an iPhone today: they are attractive and flexible. Only the clear-cut choices are clear on the outside, the complexity is hidden inside. Simplicity and freedom to choose are absolute. 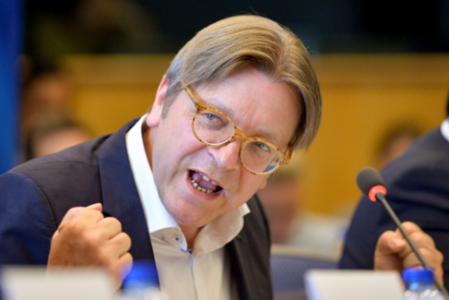 In The Game, Italian writer and thinker Alessandro Baricco describes how our societies are changing though digitisation. All succesful products and institutions, he concludes, are now set up like a game of “Space Invaders” of the late 1970s, at the start of the digital revolution, or an iPhone today: they are attractive and flexible. Only the clear-cut choices are clear on the outside, the complexity is hidden inside. Simplicity and freedom to choose are absolute.

These days, Baricco says, everything runs that way: from your bank to your retail shops, your music to your media... and what does not work that way is destined to fail and fade away. For politicians in traditional parties and institutions reading his book, he adds: ‘yes, you may start to become nervous’.

The EU is the opposite of the ‘Game’ Baricoo describes: slow and serious, collective and cumbersome, difficult to read and even more difficult to change course. So the question of how to adapt the old EU to the new rules of today’s society is an important one. It is above all a question of democratisation: The Game is all about letting people decide, recognising them and answering their ideas and identities.

I am not as pessimistic as Baricco: European integration as a system is a recognition and an extension of the complex world we live in. It can work, and it definitely has a better chance than pretences of 19th century-style national sovereignty. But there is reason to become slightly nervous: European politics has failed to adapt to today’s world. We are not ‘playing the game’ by today’s rules, and that’s why we lose much more often than we should. In that light, the Conference on the Future of Europe is not just about renewing the EU and making it more democratic. It is essentially about renewing our democracies as such, revisiting our politics so that they are fit for purpose in the 21st century.

But ‘democracy’ means many things.  One is effectiveness, and Europe is underperforming in many ways: We have not shown the necessary power, experience and solidarity to tack-le a health crisis like the one we’re now going through. We need to draw the lessons from Europe’s missed start in the Covid pandemic to do better in the future. We need a real European health union.

We have an older problem in foreign affairs: We are just a pawn in other powers’ geopolitical games, China and Russia first of all. And we’re being pushed around by global players like Facebook and Apple. Our failure to act is a result of institutionalised weakness. The unanimity rule makes it impossible for the EU to defend its interests and credibility.

A second aspect of democracy concerns rights and freedoms: EU integration has been enormously important to enshrine rules, rights and freedoms into our societies. But that proces has stalled, and often even retrenched. We need the EU to be better and bolder in de-fending rights, freedoms and the rule of law.

A third aspect is increasingly problematic in an era of simple choices: the ‘readability’ of EU politics. People agree the EU level should play a large role, but they cannot see who holds power in Europe or how they can control it. “Sofagate” is a symptom of the EU’s inability to speak with one voice abroad, and to show one face to its own citizens. Again: a self- imposed and institutionalised weakness.

It is connected to a fourth element of democratic politics: the impact of elections. The turnout in EU elections was very high last time, in 2019. People know it matters. Yet they also want the outcome of those elections to be more decisive in who calls the shots in Brussels. We need more duality between Parliament and ‘government’ in Europe. And whatever happened to transnational lists and Spitzenkandidaten in the past, we cannot keep giving people the impression their vote counts while keeping real power out of their hands when it’s decided who really runs the EU.

European countries have different democratic traditions and sensibilities for us to build on, and do what European integration has always done: develop state-of-the-art political institutions making us fit to face the future.